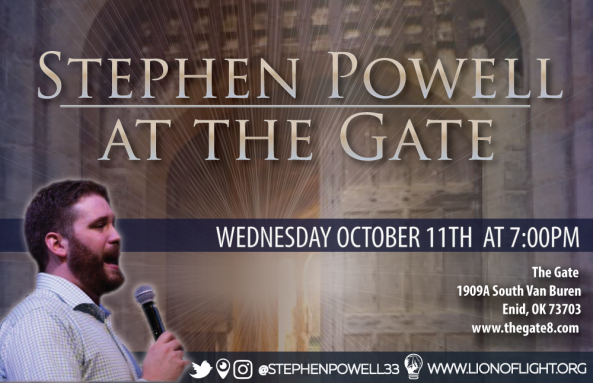 Enid, OK
Stephen Powell is a unique seer prophet who possesses a revelatory gift that gives him keen insight into the heart of God concerning the Church and global issues. Stephen has amazing discernment and prophetic insight which enables him to perceive the word of the Lord, and to foresee God’s plans for nations. As a writer, He is a regular contributor to the Elijahlist and Charisma News, where his prophecies for President Donald Trump and America have been widely distributed. Since being visited by a financial angel in 2015, Stephen has been given an anointing for Kingdom Economics as he moves in the glory, seeing notable signs, wonders, and miracles involving money and wealth in the lives of people who follow his ministry. Stephen’s greatest passions are to see his children continue to love and serve Jesus, to lead people into deeper intimacy with Christ, to see the Church take dominion in the mountains of influence, and to aide in raising up a fresh company of new breed prophets and wonder workers who will fill the world with apostolic & prophetic authority. Stephen resides in Fort Mill, South Carolina with his wife Amanda and their four children.